"This is one of those novels that are a rare find. It has tons of romance, as well as edge of your seat action and suspense. Secrets of Jenkins Bridge starts off fast and never once slows down. Long lost loves, broken hearts, abductions, murder, extortion, this novel has it all and then some. There were points where I laughed out loud and cheered for the good guys, and times when I literally chewed my nails in anticipation of what might occur. This is one of the novels that will have a long life, and that readers everywhere will adore. I most certainly did; I couldn't put it down!

When FBI agent Mitchell Donovan is called out to a car accident, he knows things are not as they seem. When the person they pull from the wrecked vehicle is his former high school girlfriend, things go from odd to dangerously bizarre in a flash. Why did Katherine drive off the road? What secrets did her dead ex-husband carry with him to the grave? Where is her daughter Aly? All of these questions and more will be examined in the course of the story. Once Mitchell and Katherine start to unravel the secrets of the past and examine the players of the present, things will start to come together in a way that no one could ever anticipate."
By: Hitherandthee at Owl Night Reviews 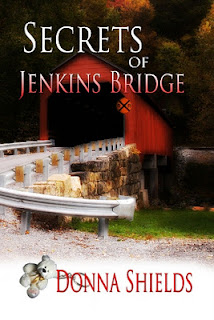 Hunting down a dangerous mob boss has brought FBI agent Mitchell Donovan home, reawakening an old flame, resurrecting a dead best friend, and discovering fatherhood. As if those aren't enough, his new case will push everything else aside: finding the kidnappers who took the daughter he never knew he had.

Katherine Delaney never forgot the heartbreak Mitchell had caused with his abrupt departure all those years ago. With her dead ex-husband accused of murder and her daughter kidnapped, she will place her trust in the one man who could trample her heart again if she gets too close. But, will the resurrection of Katherine's ex-husband and Mitchell's chase for a killer destroy their second chance at love and happiness?