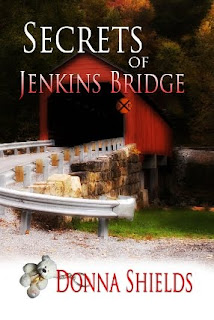 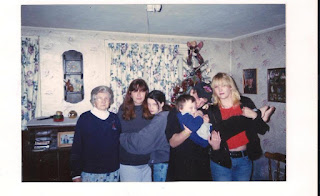 Bookmark Tour: My pleasure to have Nerine Dorman

I'm excited to have Nerine Dorman here today as part of her Bookmark Tour for her new release Camdeboo Nights. She's not only going to share with us a glimpse of Camdeboo Nights, but also some of her other published books.


While Camdeboo Nights was written ages and ages ago, little do folks know that there are other works set in the same world (although none of the characters truly overlap). For many, their first taste of my writing will be Camdeboo Nights, which I best describe as a crazy road trip involving a mismatched pack of youngsters out for an unforgettable adventure.

Yes, there are vampires, witches, mages and other strange things, but there’s also the opportunity to explore a world you might not be previously acquainted with – contemporary fantasy in a South African setting.

But now for the two novellas…

To put you in the picture, when Camdeboo Nights was finished, it spent quite a while on sub. At that time, I (briefly) had a literary agent so I thought I’d write a few novellas while I waited to see what would happen with the novel. In addition to having something short to turn my hand to, I also wanted to explore my setting a little more.

Although there is no real sequence to these three works, and you can read them in any order you wish, I suggest folks start with  The Namaqualand Book of the Dead . It’s the least paranormal of the three and tells the story of a young woman who hitchhikes up the South African West Coast in search of the truth behind the murder of her boyfriend. It’s a road trip story (as are a lot of my tales) and offers a gradual introduction to my take on the vampire mythos.

Next up is What Sweet Music They Make takes us a little deeper into the vampiric society that I’ve created. It’s the story of two musicians who together discover that they’re capable of something wonderful – only they’re pawns in an ages old game played between powerful elders. It’s a story about the choices we make and whether our freedom is important for our happiness.

Though no vampires appear in the novel, I have to mention another of my releases, Inkarna, which has garnered many great reviews. It overlaps with the setting of Camdeboo Nights and introduces readers to my magical Inkarna, a race of immortal body snatchers. I’m not going to say where and how the story overlaps because I don’t want to spoil things for readers, but if you enjoyed Camdeboo Nights then I do recommend Inkarna. And you’ll understand. [smiles]

And… [drumroll please] If you made it through Inkarna, and you’re still hungry for more, there’s always Khepera Rising  my darling little stepchild. I’ll be honest and tell readers straight up that the protagonist, Jamie, isn’t going to be everyone’s cup of tea as he’s quite abrasive. Readers either love him or hate him. [winks]


Now as for what some of my readers have to say about Camdeboo Nights:

“There is a hell of a lot packed into this novel, and growing up is only a small part of it. I think the author is a lot closer to true mastery of her craft. She tells a story that enthralls, and she certainly deserves a wider audience.” – Dr FS Ledgister

“In a genre filled with dystopian settings peopled with teens fighting huge social and ethical problems, Nerine Dorman's Camdeboo Nights is a refreshing change. The South African setting is at once wild and mysterious, but hardly dystopian. Her characters suffer problems that are huge to them – bullies, family issues, falling in love with the wrong person, but typical teen issues.” – Amy Lee Burgess, The Wolf Within series

Helen Ashfield’s world is about to be turned upside down. Is she ready?

Helen Ashfield’s life is complicated. Not only must she adjust to her parents’ divorce, but she has to come to grips with her new school in the small South African Karoo town of Graaff-Reinet. She’s sorely mistaken if she thinks she’s going to slot seamlessly into her new life. Her growing magical powers have attracted the unwanted attention of Trystan, a vampire, who may not have her best interests at heart.

Outcast from his kind for drinking another vampire’s blood, Trystan has been on the run for almost a hundred years from Mantis–the closest thing their kind has to an enforcer. All Trystan wants is an existence of quiet anonymity, but Helen turns his world upside-down.

Helen’s powers also mark her as one of Mantis’ targets. If Mantis gets control of Helen, she’ll change the course of history…for the worse.

Here is an excerpt of Camdeboo Nights:

Armed with her grandmother’s shopping list, Helen ran out to the familiar silver Volvo, looking forward to speaking with Arwen, only to discover Szandor and another woman with a teased-out mop of white-blond hair waited in the car.

The woman turned icy gray eyes on Helen, giving her the impression that she could read each of Helen’s secrets.
She was pale, which wasn’t helped by the funerary aspect of her clothing–a buttoned-up sleeveless shirt with a cameo at her throat. When she moved, an audible swish of many layers of satin and chiffon filled the vehicle.

This must be the aunt. She couldn’t be the mother. The resemblance to Szandor was almost uncanny.

Szandor smiled, but the pleasure did not reach his eyes. “This is Sonja, my sister. Sonja, this is Arwen’s new friend, Helen.”
Sonja gave the briefest of frowns before facing the window.

“Uh, hi,” Helen said, wishing that she could be anywhere else but in this car with these peculiar people. The journey to Graaff-Reinet would be just over half an hour but it would feel like an eternity.

Szandor made a sound that was almost a snigger before turning the key. If only Damon were here, but her brother had gone to visit the Prof the instant his chores were done.

They drove in silence, with only the hiss of the air-conditioner as accompaniment, until they left the valley.
Then Szandor said, “Did you enjoy the films last night, Helen?”

She thought her heart would explode. Should she lie? Should she allow the story to filter through without some of the pertinent details?

“I… Uh. Yes.” She had watched films after Trystan had walked them home. Granted, she hadn’t been able to concentrate on any of the onscreen action.

She caught a glimpse of his amused expression in the rearview mirror.

Bloody hell, of course he didn’t believe her. What did she expect?

“You haven’t seen or heard anything that you would consider out of the ordinary, have you?” Szandor asked.
“Um, no.”

“You’ll tell us if you do, won’t you?” Szandor asked. It was more a command than a question.

“I guess so.” Helen clutched the seat with white-knuckled hands.

Her grandmother’s amused tones echoed in her memory. The whole lot of them, they’re all witches. The father, too.
How far would Szandor push his craft? What could he do? Was she in any danger? If there was the superstitious fear of witchcraft that was prevalent among the indigenous Africans…

She’d read a little about the subject a few years previously while researching for a painting for her art classes. Witchcraft was a fascinating topic but she had never expected to ever deal with the real thing. Now her present situation seemed very real and very menacing.

“Where’s Arwen?” Helen hoped to steer their conversation to safer territory. She may as well have said “Nice weather, we’re having.”

“Arwen has been grounded,” Szandor said, his pale gaze reading the road ahead.

“Oh.” Perhaps it would be better to say nothing at all then she wouldn’t dig herself a deeper hole.

The rest of the ride passed in uncomfortable silence. Helen pressed her face against the glass and hoped nothing more would be said.

She hated deception of any kind. Whenever she lied, she always ended up being caught out. Instead, she watched the passing landscape, where gray-blue spiked agave lined the road in clumps. Every so often jeep tracks led from the road they followed and she wondered where they went.

An editor and multi-published author, Nerine Dorman currently resides in Cape Town, South Africa, with her visual artist husband. Some of the publishers with whom she works include Dark Continents Publishing and eKhaya (an imprint of Random House Struik). She has been involved in the media industry for more than a decade, with a background in magazine and newspaper publishing, commercial fiction, and print production management within a below-the-line marketing environment. Her book reviews, as well as travel, entertainment and lifestyle editorial regularly appear in national newspapers. A few of her interests include music travel, history (with emphasis on Egypt), psychology, philosophy, magic and the natural world.
Nerine's Website | Twitter | Facebook | Goodreads