"The Swan Cove Murders is a fast paced, high octane thriller of a novella. Author Donna Sheilds does a superb job crafting a hero and heroine that will stay in memory long after the last page is turned!" By: Lyndack 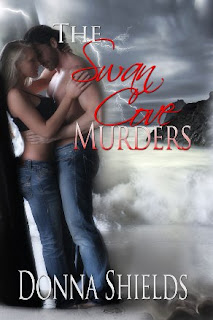 Published: November 9, 2011 by Soul Mate Publishing
As if the violent murder of Lena Dixon’s fiancé hadn’t been bad enough, now his brother, Nicholas Hunter, is court ordered to live with her for the next thirty days. And to top it off, the murderer’s ghost is asserting his innocence and refuses to leave until Lena and Nicholas prove it.

The skeptic in Nicholas believes Lena has lost her mind until he witnesses some unexplainable events and is forced to believe in her psychic abilities and his heart’s desire.

As their sexual chemistry heats up, so do their guilt levels. Can they make their newfound relationship work, or will it be too late when the real killer comes calling for her?