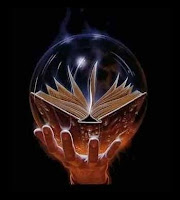 Wow! This week has gotten away from me so quick. I meant to post yesterday, but had so much going on.

First, thank you Deirdra for The Brilliant Writer Award. It is much appreciated :)

Next, The Swan Cove Murders has a tentative release date of November. Yay!!

Savvy Authors' Summer Symposium 2011 has kicked off and I think I may have overwhelmed myself. I signed up for nearly every workshop (at least 3/4 of them). Now I have to figure out how I'm going to keep up. But I just couldn't resist. There are many great workshops and chats. Honestly, who could resist??

So, how has everyone's week been?
Posted by Donna Shields at 8:01 AM 4 comments:

I think an added blog post this week was called for when my editor sent over the cover art for The Swan Cove Murders. (we changed the title)

It's my favorite time of year. From August 24th-28th, Savvy Authors will be hosting their awesome Summer Symposium. This online conference is packed with lots of great workshops from character and plot to writing sex scenes to tips on getting published. And the chats are so informative and fun. Both allow great interaction and feedback from writers and authors alike!

It does cost $30 for basic members for the five days. BUT, if you take that same $30 and buy yourself the premium membership, presto! You not only have access to the Summer Symposium, but now you have a full year membership. Makes more sense this way. They have so much to offer. And really, the only way to find out is to go here: If you're looking for the Summer Symposium, click on contests/events at the top of the page, then click special events and the Symposium is first on the list. When you click on this, simply scroll down to see the line up of activities taking place. It's a lot.

I truly love this site. I've learned so much in such a short time and I've met some amazing writers and authors here.
Posted by Donna Shields at 7:11 AM 2 comments:

Since being offered a contract last week for my novella, I've been on cloud nine and doing the happy dance all over the place (I'm sure my family is sick of me by now, lol). But, today I have finally returned to Earth.

Today, I have decided that after four years in the making, Secrets of Jenkins Bridge deserves its spot. And with a couple of huge contests coming up, I need to get my bum in gear! I've been fine tuning and polishing it one last time. This is my baby. I know...each one is my baby, but this one is my first born and it's high time to let go. And, of course, that means torturing myself through another synopsis. UGH! But, I think this one will be less painful. I know my hero and heroine inside and out, their dreams, their goals, their tragic past, their wonderful future with one another.

Lol, I could go on and on, but I need to get back to work. Hope everyone's weekend has been awesome!

Let's dispense with the 'downs' first. Lots of hurtful personal issues arising in my marriage. And my mom, whose my absolute best friend, is not doing so well. I am very lucky I've had her for all these years (she's 83) but no one is prepared for the downhill fall. At the very least, it seems to be the beginnings of dementia, quite possibly Alzheimer's. And it's bothering me to be so far away from her at the moment. I'm not going to kid myself that it's temporary. If you knew my mom, she's a spitfire full of energy (hell she just quit working one month ago!). It's hard to hear her this way.

Now, with the 'ups'. I have been offered a contract from one pub for The Doves Cove Murders. I had to read the email over and over again! I was in shock at first not knowing how to react. Then, my brain finally kicked in and I was doing the happy dance, lol. I'm still excited!

So the emotional roller coaster has just begun on both ends of the spectrum. I'm ready for a complete new journey in my life. :) After all, I am my mother's daughter and we know how to survive turbulence.
Posted by Donna Shields at 6:08 AM 4 comments:

After much debate (and of course the dragging of my feet), I have finally jumped on the Twitter bandwagon. Now, I have to figure out how it works.

But, what's up with the # symbol? Is that like Twitter's way of links or what? Lol, I'm just confused.

Anyone have any suggestions or advice as far as Twitter goes?
Posted by Donna Shields at 1:31 PM 6 comments: