Zombies, First Birthdays, and A New Grandbaby On The Way!!

In Wednesday's post, I told you I would post up Josh's Zombie picture from Halloween. Here he is: 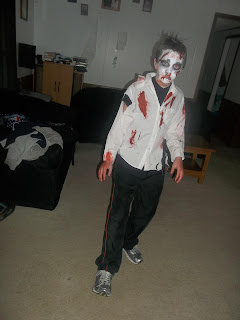 He's too funny with his eyes all bugged out. He had a blast trick-or-treating. And brought home lots of goodies.

Our grandbaby, J.J., had his first taste at the birthday cake. He turned one on Sunday. I wanted to share one pic of that with y'all. 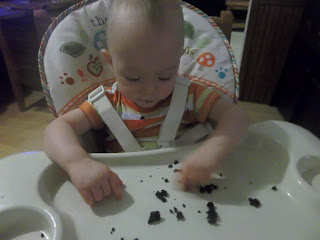 Unfortuantely, he's not ready to be handed a huge piece of cake to mash into his mouth. He's just beginning the table food. (Gramma here was a bit freaked he would royally choke himself).

And some great news. My stepdaughter has found out the sex of her baby. Here's the sonogram: 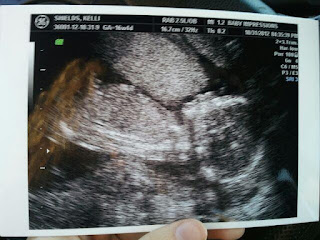 Cute little booger, huh? Well.......it's a boy!!!! Can't wait til April for his arrival. She's bouncing around a couple of names. When she finally picks one, I'll pass it along.


Even though it's still a couple of weeks off, I just wanted to remind everyone The Romance Reviews' Year End Splash Party will begin November 15th and run through December 15th. Over 200 authors are participating including myself. You'll have 2 chances to win Secrets of Jenkins Bridge. And I'll even be over there one of the days hosting my very own chat session. They will let me know which date, and I will pass it along to you. I must say, I'm a little nervous, but excited at the same time. I'm a mess really. 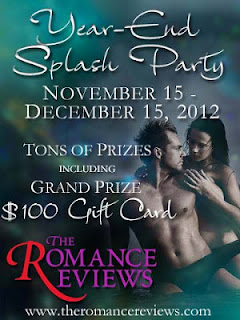 Owner of La Bella Vita, a five-star day spa nestled in the affluent suburbs of Nashville, Tennessee, Beth Sergeant knows her elite clientele firsthand. She attended their private schools. She was even engaged, although briefly, to one of their most recognized bachelors. But she never fit in to their social-elite world.

After losing his parents to a car accident at a young age, Nick Chester was raised by his grandfather, the wealthiest man in Nashville. When he chooses to socialize, he has a never-ending list of exclusive events and beautiful women vying for his attention. Yet he never lets himself forget that everyone has an agenda.

Beth can’t resist Nick’s charm and accepts an invitation to dinner, despite her deep-seated insecurities. She proves she’s nothing like other women Nick's dated and learns to trust him in return. But just as the last of their resistance crumbles and true love is within reach, challenges from Nick's past threaten to destroy everything and force Beth to reveal her most guarded secret.

The battered survivor of an abusive marriage, Angela doesn't mourn her husband’s death in a drug deal gone bad. But she’s not sure she can survive losing her heart to the handsome detective who assumes she’s a criminal, too.

Tasked with Angela’s safety after she’s targeted by an unknown enemy, Jake discovers the beautiful widow is not what she seems. He soon realizes that trusting her goes hand-in-hand with desiring her, and passion and duty collide.

Now it’s up to Jake to keep Angela—and their chance at happiness—alive.

And one more piece of info: Kindlegraph is now Authorgraph. You can go here and request your favorite ebooks to be electronically signed by their authors. I've already placed my two up there. I'm thinking if I can't have an in person book signing, maybe what I'd do is host a virtual book signing  sometime this month! I'd just direct everyone over to the site here.

Hope everyone has a great weekend. I'll be posting for Six Sentence Sunday.